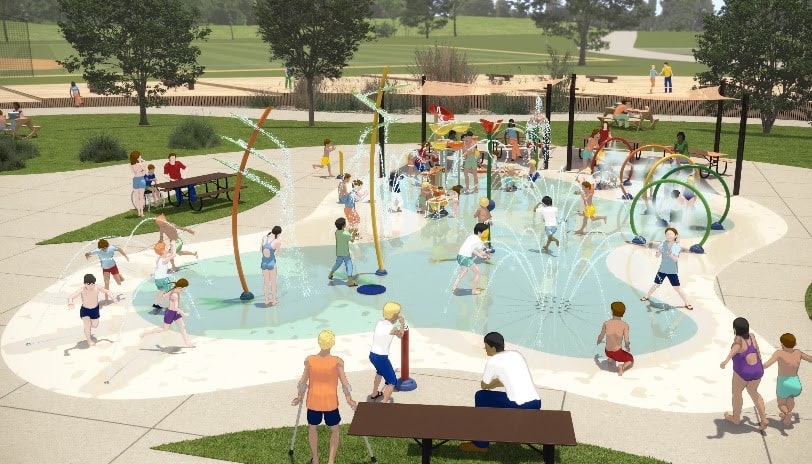 Garfield Park will see a variety of improvements in 2022, including a new, universally accessible splash pad. The park at 250 Burton St. SE in Grand Rapids also will feature new shade sails and picnic areas, improved restroom facilities, and new accessible concrete pathways. The splash pad will be located off the west side of the gym near the playground and also will receive new surrounding landscaping. “Garfield Park is one of our most visited and cherished parks in the city,” said David Marquardt, parks and recreation director. “The new splash pad will serve as a summer destination for the nearly 6,000 kids living in the Garfield Park neighborhood as a way to get active, stay cool, and connect with neighbors. ”Construction is slated for spring 2022, with completion estimated for late summer 2022.The Grand Rapids City Commission awarded a contract to Pride Builders for the project with an approximate cost of $809,000. Funding for the project is provided by a $300,000 Michigan Department of Natural Resources Trust Fund grant, a $10,000 donation from the Meijer Foundation to Friends of Grand Rapids Parks, and the dedicated parks millage passed by Grand Rapids voters in 2013.