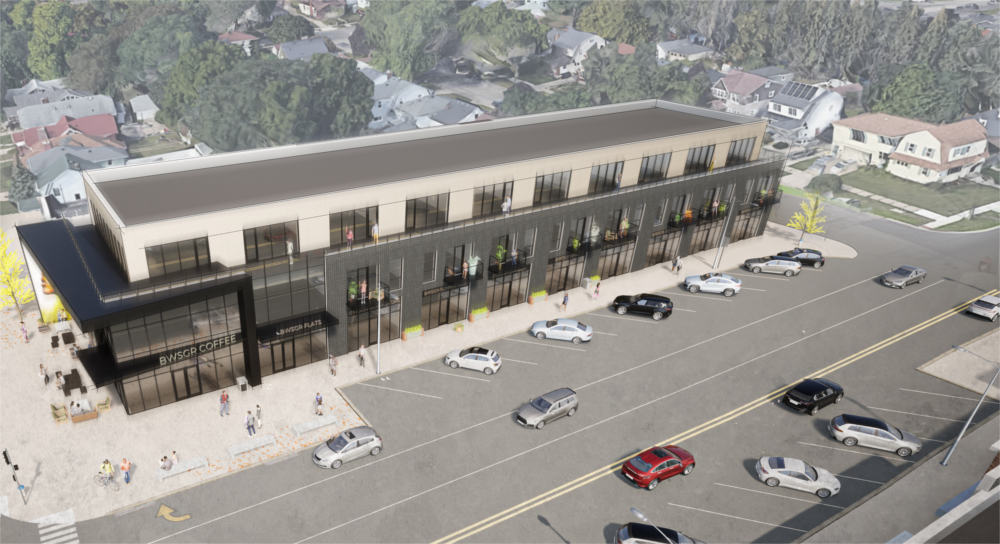 The first set of renderings from the Black Wallstreet Grand Rapids Flagship District have been released. Black Wallstreet Grand Rapids (BWSGR) co-founder and President Preston Sain shared the renderings for the $15 million project exclusively with GRBJ Thursday night. The 35,000-square-foot Eastern & Burton Village District building will be the first of a slew of projects for BWSGR. “Black Wallstreet Development is a breath of fresh air, on top of great relationships, it’s a solution, a project and a vision,” Sain told GRBJ. “It’s an alternative to gentrification, because if we don’t come up with an agenda, someone else will.”